The story we’re telling about food is evolving.

Each passing year, cuisine acquires greater cultural, artistic, and political significance for the general public. Yet the pen rarely does justice to the meaning people find on the plate. That must change.

Forktongue is forum to sharpen the way the culture thinks and writes about food. Disheartened by the endless abyss of “cheap eats” columns and brunch top-ten lists, Forktongue seeks to start a different dialogue. We publish video essays and print interviews investigating why the connection between food and society matters today. 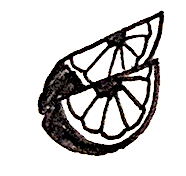 Theodore Gioia is a critic and commentator living in San Francisco. His work has appeared in The Believer, The American Scholar, Los Angeles Review of Books, and VQR. Currently, he is writing a book of essays about the evolution of California culture framed through food. He has held a range of jobs from host at the Olive Garden to the editorial staff at McSweeney's. Theodore is the founder of ForkTongue, the co-host of the podcast "If You'll Indulge Me," and the co-curator of the "Rising Writers" series at the Mechanics Institute.

Gabriele Carotti-Sha designed and built this site. His background spans psychoacoustics, signals & systems, phenomenology, EdTech, and digital media. He has written about sociocultural aspects of tech, including Big Data as a cultural and commercial trend that often conflates knowledge with information with data.